Are Mexican Fireworks Made in China?

I have spent the month of December and the holiday season in various locations of Mexico, but never have I experienced the intensity of celebration as in Oaxaca, and of course every celebration calls for fireworks!   There is conflicting information on the names of different types of fireworks, (and it probably varies from region to region) so I will refer to the fireworks that are noise only as cohetes, those that bloom into brilliant colors in the sky as bombas, and the giant flare covered towers as castillos. 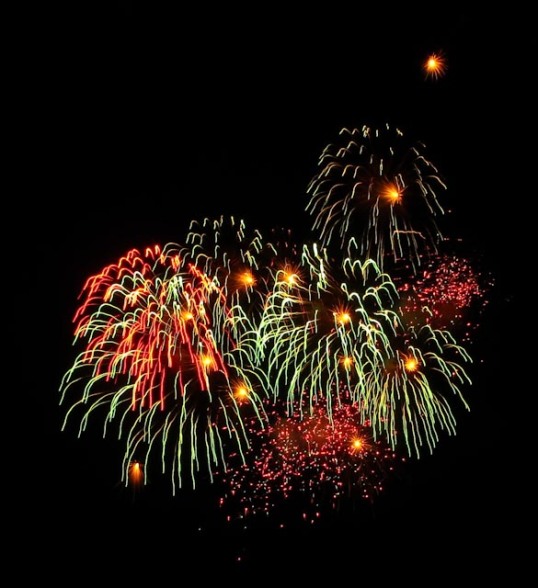 Fireworks are an important part of Mexican religious festivals, many of which honor patron saints.  Each village and state, as well as the entire country, has its own patron saint, and every saint deserves to be honored with fireworks! Revelers set off cohetes three or four days before the fiesta date, on the official fiesta day (or days), and several days after. In reality, maybe all these cohetes have nothing to do with the celebration, but are just on hand and need to be lit!  Perhaps things are just a little too quiet. There seems to be a special fondness for the middle of the night or very early morning. People also fire off a few cohetes  on their own birthdays. Whatever the reason, loud explosions that could be right next door are almost a part of everyday life.  And these are no puny cherry bombs or the M80’s of our youth. These babies pack some punch! 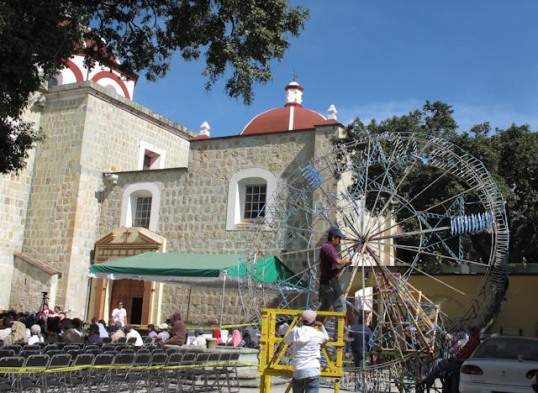 A friend and I were wondering if the fireworks were made here in Mexico or if they were made in China, as most US fireworks are. A little research showed that the city of Tultepec, which is close to Mexico City, is the self-proclaimed “Pyrotechnics Capital” of Mexico. Firework production there provides a living for more than 6000 residents. Most production in Tultepec and other locations is in family owned workshops and small factories. According to several local people, in Oaxaca many fireworks are made at homes in rural villages, and this probably holds true around all of Mexico. 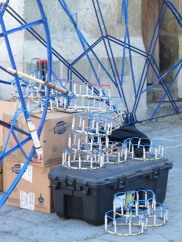 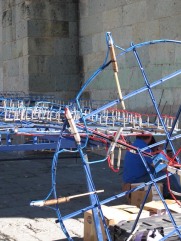 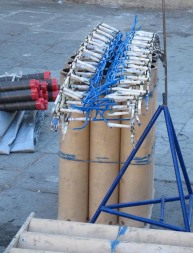 Castillos are the most exciting of all fireworks, and they are partly assembled in the public place where they will be lit.

Completing the top of the tower 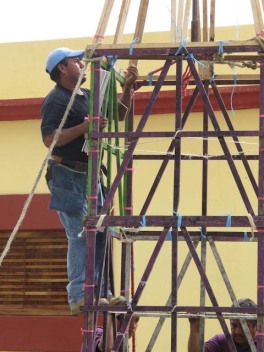 Lift then add another cube

So my next birthday wish? A castillo would be super, but I’ll settle for a cohete!

3 thoughts on “Are Mexican Fireworks Made in China?”